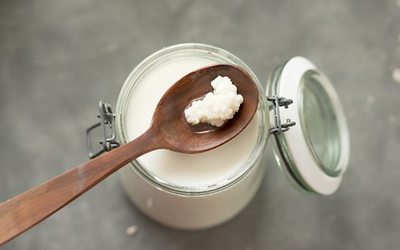 Discover how your gut bacteria determines which diet is best for your bodies weight loss. Systems biologists at Chalmers University of Technology have for the first time successfully identified in detail how some of our most common intestinal bacteria...

In the short term, Jens Nielsen believes the research will make it easier for physicians to identify overweight patients who are at higher risk of cardiometabolic disease and could truly achieve major health benefits by modifying their diet and losing weight. Fairly soon it should be possible to design diet recommendations that take the gut microbiome of individual patients into account. Karine Clement is already thinking along these lines and new follow up clinical experiments are being designed. "In the long term we might be able to add intestinal bacteria for patients whose metabolism does not function properly," she explains. What are known as probiotics are already being used – various yoghurt cultures are one example – but the task of these bacteria is primarily to stabilise the intestines and create a favourable environment. "The next generation of probiotics will pertain more to adding bacteria that integrate directly with the existing gut microbiome and make a lasting change to the composition," says Jens Nielsen. The company Metabogen was founded based on collaboration between researchers at Chalmers and the University of Gothenburg and it will aim to develop these types of drugs. Read the scientific article Quantifying Diet-Induced Metabolic Changes of the Human Gut Microbiome For more information, please contact: Professor Jens Nielsen; nielsenj@chalmers.se; +46 702 436 618 Facts/Gut Microbiome There are between one and two kilograms of microorganisms in the human alimentary canal, the number of which is ten times greater than the cells in the body. The gut microbiome normally consists of between 300 and 1,000 different bacterial species. However, around 40 species of bacteria constitute 99 per cent of the content. The variation between people in terms of gut microbiome composition is believed to have several explanations: genetic factors, transfer from the mother at birth, diet and long-term medication. An individual's gut microbiome is relatively stable. Antibiotic treatment has a strong impact on the body, but the interference is generally temporary. Repeated use of antibiotics, however, is believed to lead to permanent changes. Facts/the Study There were 45 overweight people in the study who were divided into two groups depending on whether their gut microbiome was diverse or low-diverse. They were put on a low calorie diet for six weeks. The content of substances that are known markers of disease and ill health were then measured in the individuals' blood and faeces. The result was that the low-diverse group, which already had an inferior health situation from the start, obtained greatly improved values. The individuals in the diverse gut microbiome group were not affected to the same extent. The Chalmers researchers selected five of the most common intestinal bacteria, and by mathematically modelling their metabolism and interaction with each other, were able to explain the results of the study.